So can I just say how great this movie is? I am in love with Zarina (the Pirate Fairy) her story, her fashion sense and how the worlds of Pixie Hollow and the Pirates of Neverland are now entwined together forever. The Pirate Fairy is a tale of how one mistake can affect your life, but your family will always stick by you. 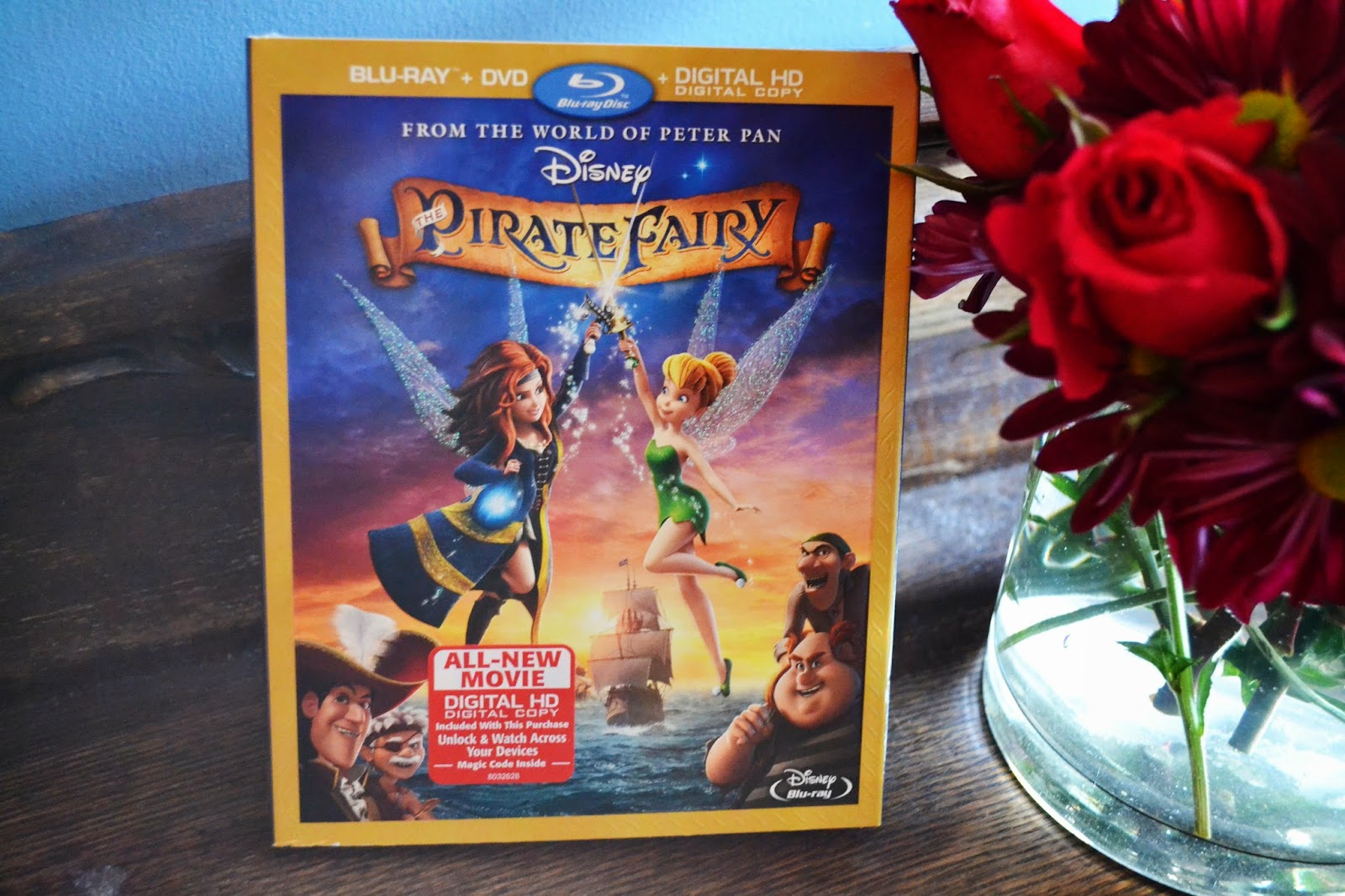 The all-new swashbuckling film from the latest Tinker Bell adventure comes,  The Pirate Fairy, which follows a smart and ambitious dust-keeper fairy named Zarina who’s captivated by Blue Pixie Dust and its endless possibilities. When her wild ideas get her into trouble, she flees Pixie Hollow and joins forces with the scheming pirates of Skull Rock, who make her caption of their ship. Tinker Bell and her friends embark on an epic adventure to find Zarina, and together they go sword-to-sword with the band of pirates led by a cabin boy named James, who’ll soon be known as Captain Hook himself. With laughter, heart, magic and thrills, “The Pirate Fairy” sets sail April 1st on Blu-ray ™ and Digital HD.

I was lucky enough to be invited to a blogger round table event with Jenni Magee-Cook, the producer of The Pirate Fairy. Not only was she charming and well versed in all things Disney, she gave us some insider details on The Pirate Fairy.

First of all did you know that there is a research library at Disney and they keep ALL revisions and drawings forever? did you know that while making the pirate fairy! Jenni and her team were able to view and use some imagery in their movie. for instance, the Originial Tick Tock Clock shown in the Pirate Fairy is the SAME Tick Tock Clock in the original Peter Pan??. How cool is that?

I was enamored with the style of Zarina, it is chic and stylish and in no way costumes! Do you know why? Disney enlisted the help of fashion design Cristian Sirriano to style the outfit of Zarina down to her awesome swosh buckling boots! my daughter ran up to the tv and screamed, “boots mama boots!” Now I know she has my fashion sense but really what 2 year old knows of a pair of awesome boots?
Another cute character in The Pirate Fairy is Tick Tock Crock. We see him in The Pirate Fairy as a baby and he is SO CUTE! Love him!  With his big eyes and his waddling body, he truly evokes the feeling of a toddler. Every little kid is going to want a plush of Tick Tock Crock!

You will need to run out and get this DVD on April 1. I mean pirates and fairies? What a great combination.

Disclaimer: all opinions are my own. I received a DVD to facilitate this review. No monetary compensation was received. Your opinions may differ.