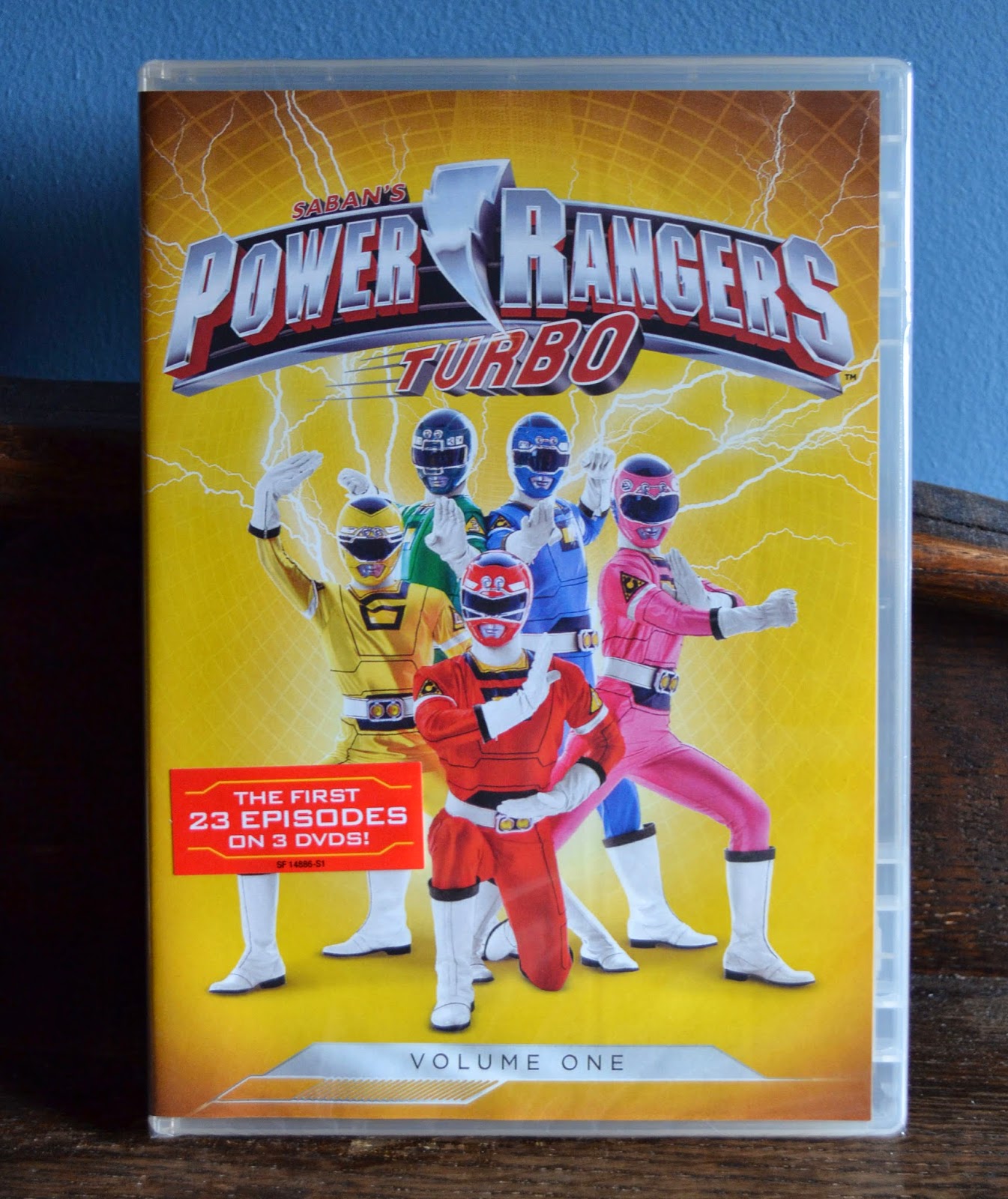 Do you have avid Power Rangers fans in your home? Both of my sons love the Power Rangers (every series) and their ages range from 5 to 12. It is amazing how the Power Rangers still remain popular even after all these years. We were thrilled to receive Power Rangers Turbo, volume 1 which  is a 3 DVD box set that contains the first 23 episodes of the series.

On April 1, 2014 join the Power Rangers as they battle the dreaded villain Divatox at rapid speed! The five Turbo Rangers use their new powers, weapons and high tech supercharged vehicles to battle evil at faster speeds than ever before! The beautiful yet vicious space pirate Divatox follows the rangers to Angel Grove to get revenge.
You will be glued to your seats for hours of entertainment. My boys loved all the episodes  and were so excited to see each and everyone. Check out Power Rangers turbo! Volume 1 at stores near you on April 1, 2014.
Disclaimer: All opinions are my own. I received a DVD to facilitate this review. No monetary compensation was received. Your opinions may differ.
Tweet
Pin
Share
0 Shares